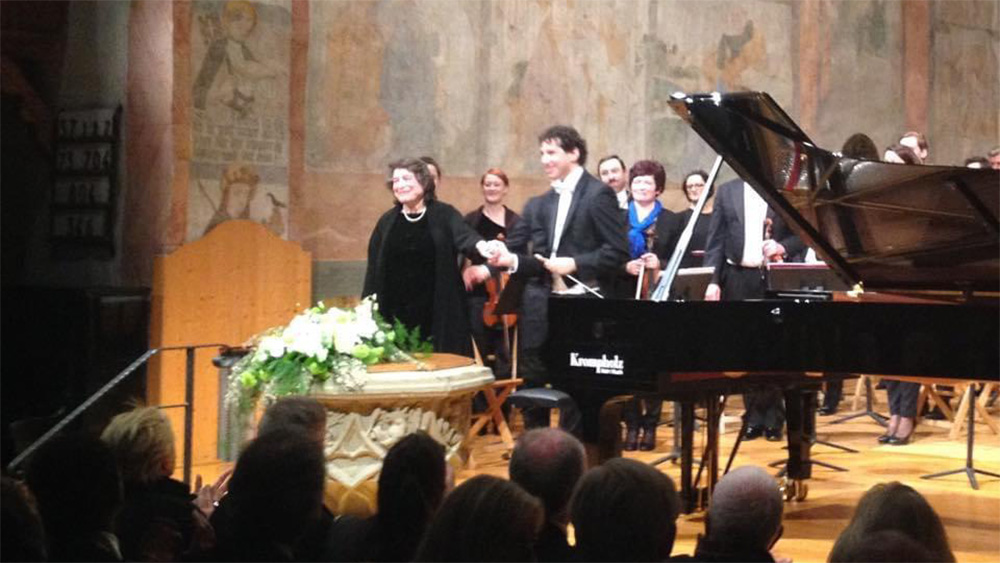 Elisabeth Leonskaja (Tbilisi, November 23, 1945) is a pianist and teacher from Georgia, when this country belonged to the former Soviet Union. She is considered an international reference pianist. He left the Soviet Union in 1978, taking up residence in Vienna, where he made some memorable recordings, including Mozart’s piano sonatas in collaboration with Sviatoslav Richter, a pianist with whom he established an important artistic bond and who considered her his heir.

Daughter of a Jewish mother, she was born into a family of Russian origin. She started playing the piano at age 6, she gave her first concert at age 11. In 1964 she began musical studies at the Moscow Conservatory with Jacob Milstein. Before leaving the Soviet Union in 1978, she won several prestigious competitions such as the Enesco, the Marguerite Long and the Queen Elizabeth. At the beginning of her concert career, she did several duet recitals with Sviatoslav Richter, which influenced her interpretive style. Of him she says: «I remember my work with him as probably one of the most important times of my life and even today I take things from that relationship. Richter was a very intense light that has illuminated my path »

His appearance at the 1979 Salzburg Festival founded the success of his international career. Elizabeth Leonskaja plays regularly in the world’s most important concert halls and festivals, 3 such as Edinburgh, Vienna, Ruhr and Schleswig-Holstein. Since 2002 she is Artist in Residence at the Konzerthaus in Dortmund.

His style stands out for the warmth, clarity and elegance of his virtuous performances. As a chamber pianist, Elizabeth Leonskaja collaborated closely with the Alban Berg Quartet, the Borodin Quartet, the Guarneri Quartet, Heinrich Schiff, and the Vienna Philharmonic Chamber Orchestra.